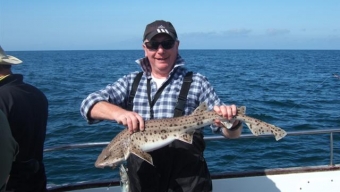 Milnrow Sea Anglers Holyhead Trip 23rd of July 2011
Eight members of \Milnrow Sea anglers made the 140 mile trip to Holyhead to fish with Gethyn Owen aboard My Way, PW KC MC DP GD MD NO and JA
We arrived at the Marina car at around 7:30 the same time we should have been sailing and Gethyn had the boat waiting at the slip we hurriedly loaded our gear onto the barrows for the short walk to the floating pontoons. The travel down the Motorway was slowed due to roadworks.
Gethyn soon had the kettle on for a drink before we set sail, that’s how to welcome you aboard. 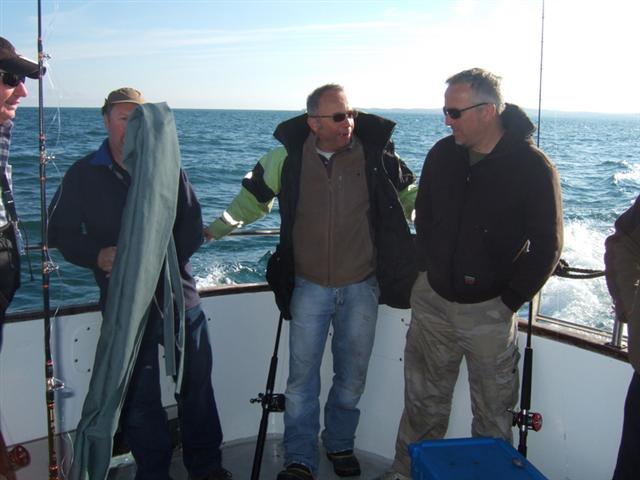 We headed out and tackled up with feathers in case we came across some mackerel on the way out to the deeps but in the event we didn’t even bother we had good supplies of frozen, Mackerel, Squid and Black Lug. 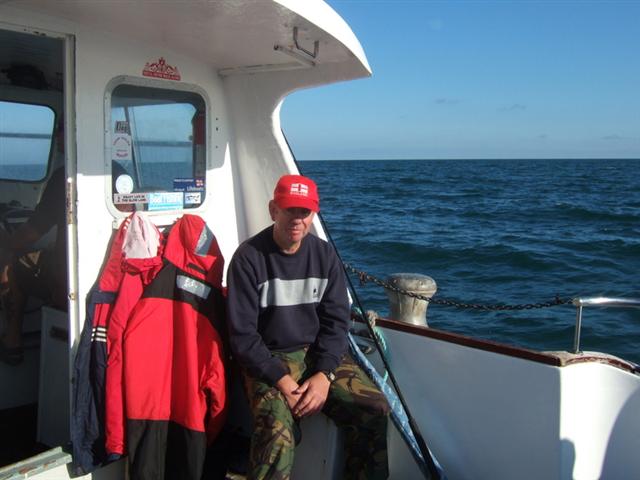 After a sail of around One and a Half hours we were out at the Holyhead deeps to try for the Huss Tope and Spurs which like the deep water
The fish were soon tempted by our Mackerel and Squid baits presented on wire tipped traces with 8/0 hooks, it needed around a pound and a half of lead to combat the tide but that soon eased and we could get our baits to the bottom with around 12 ozs.
The Dogfish were first to show closely followed by the Bullhuss which were into double figures best around the 12 lbs mark. 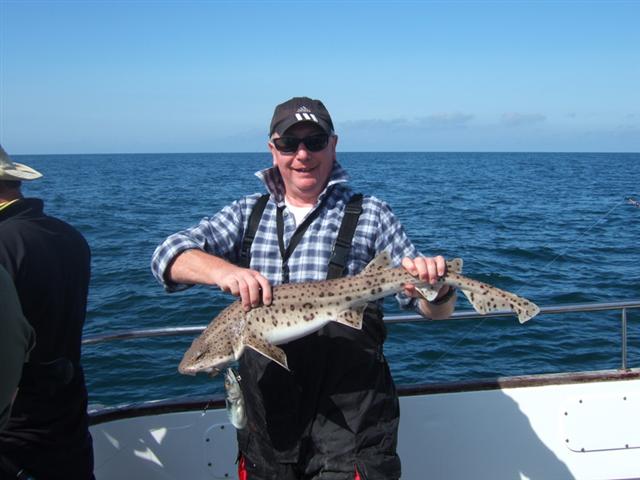 A Few better fish were taking the bait but ejecting it before we could hook them , I had a couple on but both resulted in snap offs. 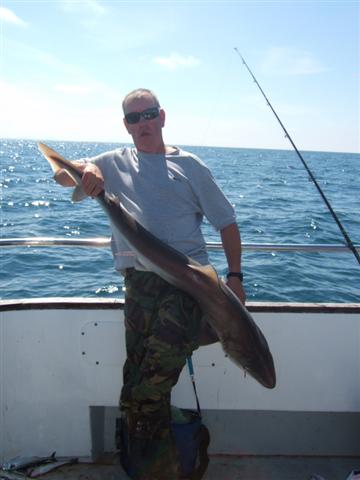 Neil showed us how to do it and after a good tussle brought a fine Tope of around 30 lbs to the boat, after a few picks it was soon on its way again swimming slowly off down the side of the boat 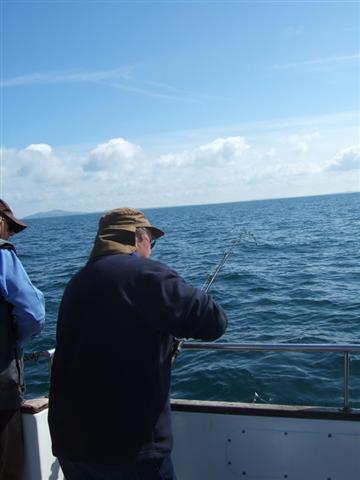 Gethyn put some feathers down and produced a few Mackerel which made a difference as more Dogs Huss and a smaller top to Graeme were taking the fresh bait with more regularity
A few of the lads also tried the feathers and these produced a few more Mackerel, Whiting and a solitary Grey Gurnard. 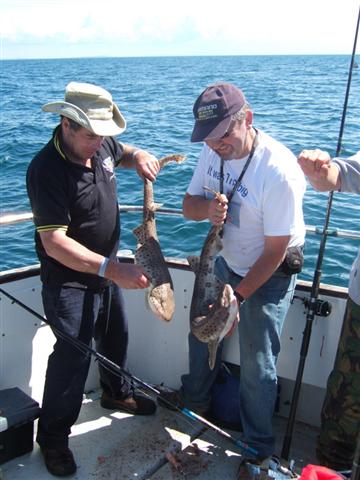 We carried on fishing taking loads of Huss and the obligatory Dogfish before the boat turned on the tide and the run picked up, and leads were back up to the pound and a half we started with it was around 12:00 am and we reeled in up anchored and sailed back in for a crack at the inshore fishing around the base of Holyhead Mountain.
We tried first off the South stack lighthouse and once everyone had the right gear on we were into the Ballan Wrasse, The rigs were a mixture of one down two ups with beads and size 1 or 2 hooks baited with Ragworm (supplied by Gethyn) and Mackerel and Squid strip. 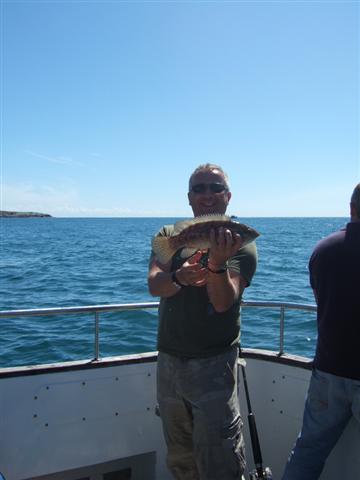 The Wrasse liked the Ragworm and the rigs supplied by Gethyn certainly did the trick with the One up Two down rigs fishing a little better.
Mention should be made of the fantastic Burger Gethyn produced for us all for lunch ,Waitrose’s best burgers I think! they went down very well, along with one of the many brews Gethyn produced on a regular basis , these sought of things make all the difference on a trip and make it even more memorable, well done Gethyn Top marks on the Catering and the Fishing 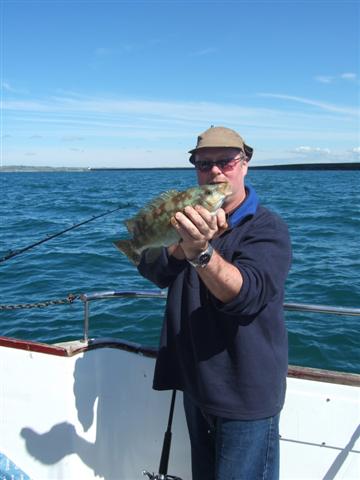 We finished the day with a couple of stops on the way back at the chair? And added small Pollack and a few Cuckoo Wrasse from a mark of the Breakwater, exactly where Gethyn said we would catch them. 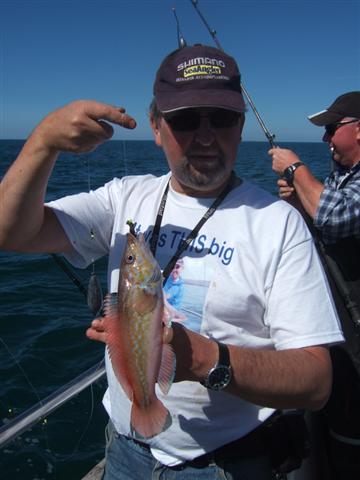 We were soon on our way back in and throughout the day the Sun had shone and the winds were light what a day, we helped clean down the boat ready for Gethyn’s next stint a four hour back to back trip, It’s a long day for a skipper when the weather is good and you have to make the most of it
Thanks Gethyn and see you next year to do it all again. Back in for 4 o’clock and home by 6:30.